The TOP 10 programming languages of 2022

There are currently more than 600 programming languages. As a result, it can be hard for startups and companies in any industry to determine which languages they should use and what kinds of devs they need for each software project.

Since the best programming languages will depend on your needs and the list of these programs usually evolves with the tech industry, it’s best to have a clear idea of what each programming language can do and how you can solve your company’s biggest challenges using them.

While the list of the most important programming languages varies dramatically between tech firms or even from dev to dev, nearly everyone can agree that Python deserves a spot on the list. Python is the main code that 80% of developers use and is relatively easy to learn.

Python has thousands of full libraries that enable thousands of applications. It’s a very useful programming language for AI, machine learning, and data science in general. Facebook, Spotify, and Netflix are just a few of the many companies that rely on predictive models and use Python.

Javascript is one of the basic tools that web programmers use to create websites with interactive elements like animation, games, and displaying data-based personalized content.

It allows experts to quickly and practically create high-quality sites since its code can be applied to an HTML document or used to establish CSS sites, and since there are a lot of frameworks, libraries, and browser app interfaces that have already been created and are ready to be applied.

Kotlin and Swift are currently the most commonly used languages to create Apple and Android mobile apps that are sold on the AppStore and Google Play.

Compared to other languages, creating a Kotlin code is up to 20% faster, and it’s concise and 100% interoperable with Java code. For these reasons, the use of Kotlin is growing on a near-daily basis.

Kotlan is an extremely versatile language, and companies like Amazon, Uber, Trello, or Pinterest use it for a wide variety of reasons. It’s also used for Web API backends.

Swift is Apple’s programming language used to create iOS apps in general. These apps are characterized by being extremely secure and fast with very clear and simple syntax.

R is a language that’s specialized in conducting statistical analyses on large quantities of data. It’s used by governments and the cryptocurrency, finance, and telecommunications industries.

R is a fundamental part of predictive modeling and trend analysis, giving companies Amazon, Google, or LinkedIn a major edge over the competition.

Not only is Java an island in Indonesia and a slang term for coffee, it’s also a programming language that’s designed for very secure purposes that’s mainly used to develop mobile, cloud, and desktop apps as well as AI. Java is a fundamental part of the software architecture for companies like Instagram, Amazon, and Adobe Suite.

Its rules and syntax are based on C and C++, and its portability is its biggest advantage. In other words, codes written in Java are designed to work on any device. This is one of the many reasons that the platform runs on millions of computers, phones, tablets, consoles, and even specialized medical equipment.

Not to be confused with Javascript, Java doesn’t need to be compiled, and it only runs on web browsers.

Since a lot of the web was built on PHP, it’s a language that devs have to be familiar with to prevent cyberattacks.

With the correct use of libraries or frameworks like Symfony or Laravel, devs can create powerful and secure solutions.

Developed by Google’s engineers for the purpose of sustaining the company’s accelerated growth, Go was created in 2007. Having one or more devs familiar with Go is an excellenta sset if your business provides web services or has scalable apps in the cloud and needs to automate complex processes by using AI.

Of course, Google uses Go, as well as Uber, SoundCloud, and Atlassian.

SQL, is, to put it one way, the base of the bases. Although there are other structured programming languages designed to manage company databases, create reports, and manage company data in general, SQL still reigns supreme due to its extremely simple and functional relational structure.

In order to manage massive data quantities, particularly when it comes to cloud-based apps, SQL can be supplemented with NoSQL, a non-relational language designed to provide SQL with scalability while maintaining its structure’s simplicity.

Since it contains more than 60,000 libraries, Ruby is used to easily and quickly create cloud-based web apps. Ruby on Rails is the go-to language to develop sites like Airbnb, Twitch, Fiverr, and even crowdfunding sites like Kickstarter.

This is a general programming language that’s especially useful for operating systems, graphic programs, and videogames. It can also be used for messaging apps and online communities like Telegram or GitHub.

From supercomputers to microcontrollers, C has been one of the most commonly-used languages in computational architecture since its creation over 50 years ago. A lot of other languages use C to implement libraries, interpreters, and compilers.

While there are many more programming languages, the languages above can help you scale your business’ digital infrastructure in a reliable and agile way.

At Workana, you have access to a highly curated talent pool of bilingual applicants with proven experience in programming. No matter how ambitious your project is, we can help you create your dream team of remote devs that fits your budget and your needs.

Finding and Hiring Most Talented Devs IS Possible: Latin America is the Solution

Eight Years and One Pandemic Later, We’re Breaking Everything 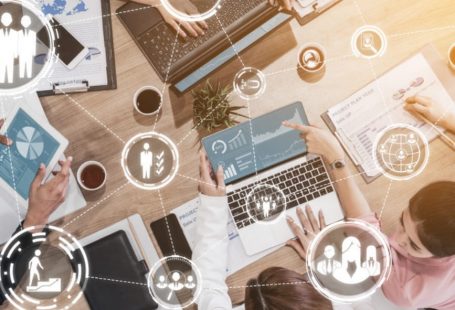