That is why we’ve been investing time and effortsince year 2015 in elaborating our traditional report, which gives us a deeper insight into the current situation, challenges and opportunities for independent talent in Latin America.

Year 2019 is no exception, and we have already come up withthe results of this revealing research survey – we’ve interviewed over two thousand freelancers. Among many other things, we’ve learned further about a topic of great interest to the current labor market:

Answering to this question helps us throw some light upon which advantages of remote work are stronger and prove to be more attractive for those who go freelance, and at the same time, it’s an important starting point for companies and employers in general to understand what new generations want. Then, we can work together on designing a labor paradigm which is more friendly to everyone.

For this reason, we’ve decided to explore in depth the reasons that lead somebody to quit the traditional labor pattern and favor freelancing, and analyze the type of profiles have adapted to it more smoothly.

What have we found out about our freelancers on this report?

There’s nothing more valuable to us than our freelancers. That’s why we’re always trying to know them better and listen to what they have to share with us.

This year we’ve had the opportunity to receive the answers and testimonies from 2,094 members of our big family, and even when we know it’s quite a small figure compared to the large community of professionals that make up Workana –there are more than two and a half million freelancers signed up today, we rely so much on our expert team and on how representative this sample is that we are in conditions to make several statements regarding many key aspects of remote workers.

1.- Why does a freelancer decide to go freelance?

Just a few decades ago, the standard expectations of those who joined the labor market had to do with finding a permanent position in a good company. Unlike the generation of the baby boomers, X generation did not expect to remain at the same company until retirement, but the notion of work stability and safety was still strongly influenced by belonging to a company.

However, it is increasingly common now to see young people working on their own, developing their own client portfolio and deciding on which projects they will engage their talent. In other words, the labor dream for millennials relates strongly to financial independence and flexibility. Actually, many professionals from previous generations are also shifting to a freelance pattern due to its many advantages.

There are many professionals who love to work from home, or from some exotic destination as they have their dream trip as backpackers. But there are also those who, for health reasons, mobility or family responsibilities, cannot commute daily to the workplace, or cannot easily follow a restrictive time-table.

On one hand, we can say freelancers tend to put great emphasis on financial advantages. On the other hand, we can’t forget that, due to labor casualization, a fixed salary usually is no longer enough to cover the needs of a family or even of just one individual, and that leads them to find an alternative in freelancing to face monthly expenses.

They want to choose their assignments

“Do what you love” –one of the keys to success, and freelancers know it. That is why they appreciate the possibility to say no to those projects which don’t call their attention and go after those which have an approach closer to what they like, something they wouldn’t be allowed to do at a fixed job.

According to the survey results, freelancers think that the main advantages of their work are the following:

2.- Which is the work and personal profile of freelancers?

There’s room for everybody in the freelance world. Independent talent comes in all colors, shapes and tastes. What really matters is commitment, professionalism and the availability to give the best of you. We should point out that 87% of freelancers have worked some time in their lives at a company, so they know both styles.

In the freelance world young talent can be found everywhere, but there’s also room for older professionals. In fact,even though sixty-five percent of remote workers are aged 21-40, those over their 40s represent an important thirty percent of this sample.

Today there are almost as many women as men working remotely. And this gap is getting narrower day after day in the freelance world:

Family responsibilities and freelance work are highly compatible. We can state this as almost half of our freelancers are parents. And it makes sense when we come to consider time flexibility and the possibility to workfrom home on a remote basis.

Around 70% of freelancers can be considered highly qualified resources, since they have professional studies and specialization, mainly in areas related to Design and multimedia, Marketing, IT and Programming. 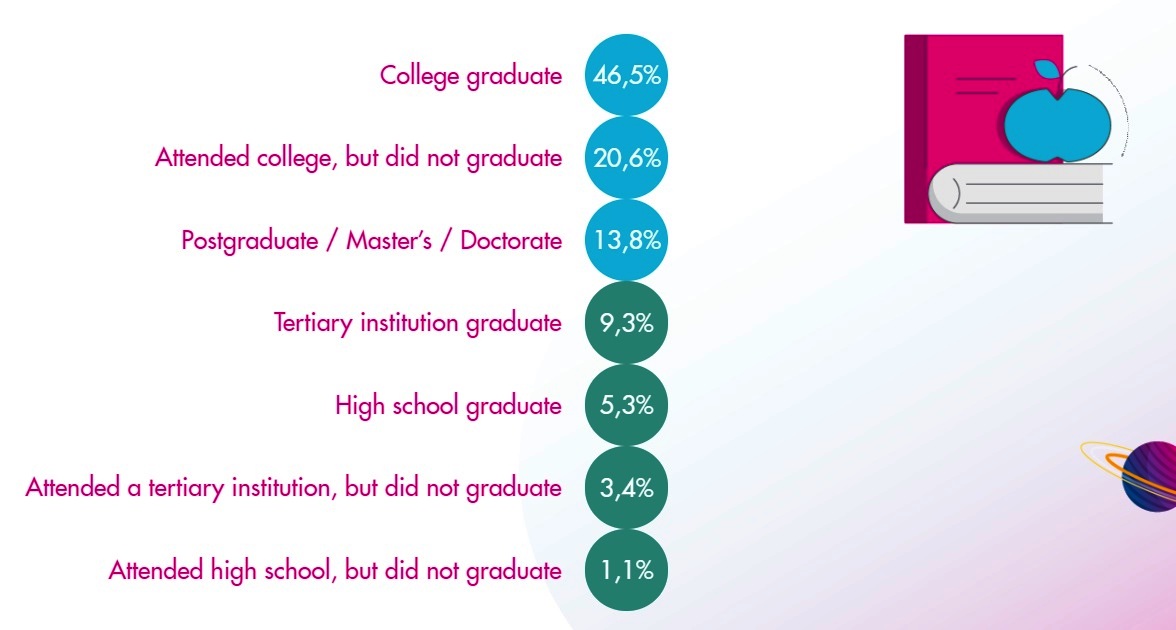 3.- How do freelancers prefer to work these days?

The way of working is, by far, the main reason that leads professionals to go freelance. Let us see some of its characteristics.

How many projects atthe time?

One of the biggest advantages of freelancing is that you can work on several different projects at the same time or sequentially, which allows a varied, dynamic work rhythm.

When we compare the amount of projects finished against those expected, we see that most freelancers (46.7%) were planning to participate in more than four projects over the last trimester, and just half of them (23.8%) reached the objective.

Some freelancers prefer project work (39%), others choose to work on an hourly rate (9.2%). In general, those who don’t like to go into too much trouble or want to know their exact fees instead of calculating the hours worked, tend to decide for fixed price projects. On the other hand, freelancers looking for greater profitability prefer hourly projects.

Although this is not restrictive, many freelancers can adapt to both working styles. In fact, most times it has to do with client need sand to 49.3% of freelancers both possibilities are just fine.

There’s no other place like home. Now that is also applying to work, as more than 85% of freelancers feel comfortable working from their homes. The rest chooses coworking areas or coffee stores or some client’s office. The idea that freelancers work in their pajamas is not that far from reality.

Alone or with others?

On your own, most definitively. Over three quarters of freelancers work alone or mainly alone, and just 3.4% of them often works in a team. Little more than 20% of them state that they work with both structures. Then, we conclude that independent work is mostly individual, although less than 1% of freelancers have reported that loneliness represents a big problem to them.

This does not mean that freelancers are not used to working in a team remotely. They usually have great communication skills which allow them to exchange all necessary information with the client or with the virtual team. Besides, they are very familiar with project management apps such as Asana, Slack or Trello.

4.- Which are the challenges of freelancing?

Freelancing is wonderful, but not everything is perfect. There’s still lot to do until the future of work that independent talent is seeking.

The main source of discontent among freelancers is still the gaps in their work history (37%), that is to say, the fact that there might be a period plenty of work and the next might have very few projects. Other setbacks related to this are the following:

It is worth mentioning that, when we made this question, 12.6% of our freelancers could not find any disadvantage to this working style.

Quality and relevance of available projects

We’ve already seen that freelancers enjoy working on several projects at the same time. But it’s also true that they prefer to work on long-term projects, or recurring projects. This contrasts with the fact that 45% of the projects carried out have lasted less than a week.

Another situation that still represents a challenge is the income that freelancers get for their work. Figures show that: 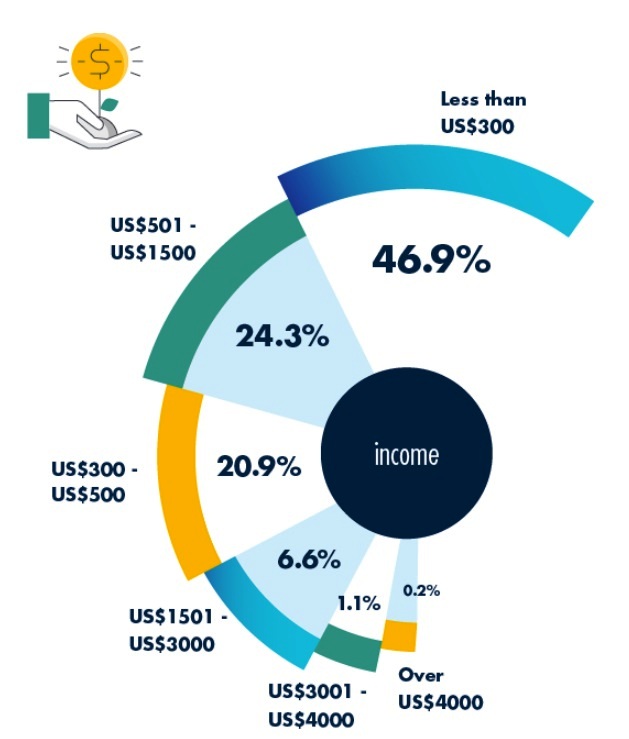 This can be read as the fact that clients do not entirely rely on independent work to execute permanent or larger projects. However, this trend seems to be changing and favoring remote work.

One of the largest advantages of freelancing is that the work gap between men and women is usually less deep than in traditional work. However, it is important to mention that those projects with a higher average ticket –especially in IT and Programming, often count on more men.

5.- How is Workana helping freelancers?

The entire team at Workana shares a clear mission: to make the most every day to help freelancers overcome challenges and build the future of remote work they seek.

And we’re in the right path! 60% of our freelancers is completely satisfied with the use of the platform, less than 10% considers it still has some important improvement areas. Among the main reasons to be chosen, we’d like to mention these:

On top of that, all our freelance modality is designed to promote loyalty, that is to say, the more a client and a freelancer work together, the lower the commission per project.

We are very happy with the results obtained, and beyond that, we’re proud of having such a big and talented community of freelancers, which makes it possible for us to affirm that remote work is,no doubt, the future of work. We are making a differente.

Thousands of freelancers are ready to start working on your project.

How to Take that Long Freelance Vacation Without Breaking the Bank

How to post a project in Workana to hire freelancers

5 types of freelancers that will make your company grow, by selling more 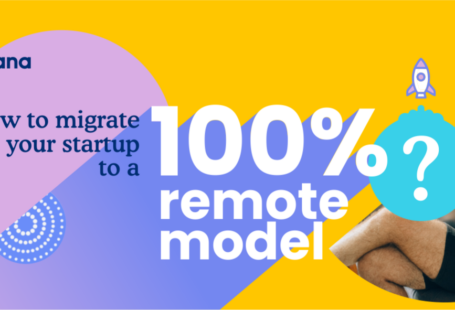 How to migrate your startup to a 100% remote model