One of my main concerns when I decided to move to a new city was finding out if there were interesting possibilities for my remote work.

As a freelancer at Workana for the last 3 years, I was used to handling freelance work where I was… but now I needed to find some inviting, supportive place to keep working.

I’ve moved to Jundiaí, a municipality in São Paulo, with over 300,000 inhabitants and a good place to live according to education and safety rates. But not only that:

In the first few weeks I realized I could easily spot where I would keep working as a freelancer really independently; but not necessary isolated.

The SESC (Commercial Social Service) of the city counts on an outstanding library, with good Wi-Fi connection. The Municipal Library Nelson Foot too, founded in the 70s, but with a large, state-of-the-art facility enough to work on content creation.

In a short period of time I’ve become used to the new weather conditions and to what the city has to offer. There are very good cafeterias and libraries that help you find inspiration when you’re stuck. Plus, the city has a sound internet municipal networking, which you can connect to and work from several public areas across the city.

Jundiaí is not the only city in Brazil that I would recommend. Actually, remote work in Brazil has increased so much in the last few years that today it’s third on the world’s top freelancing countries – right after Colombia and Greece.

According to Guillermo Bracciaforte, cofounder of Workana, there are more than 1.3 million people representing 32.9% of the national remote work.

We’re talking about a country that has an amazing openness to immigrants, is culturally diverse and comprehensive, and also about a nation that has definitely adopted freelancing as a work option. Just in 2017 the activity increased 80%!

Along with that, cities like Porto Alegre, Río de Janeiro, São Paulo, Santos, Vitória and Curitiba now offer even more places for remote work. These are cities with a high number of cafeterias, libraries and free-internet areas, where you can take your work out of your home for a while.

That is why I regard Brazil as number 1 in our work-out-of-your-home options list.

But as long as you’re travelling, either for good or just for a short while in order to breath in some fresh air away from home office, there are other options really worth trying for freelancers. Look:

The Portuguese capital offers good choices for freelancers. Most of the libraries in Lisbon have Wi-Fi and tables for study and research. The newest of them, Library of Marvila, counts on a large, modern area.

Beyond the many libraries with free Wi-Fi connection, the city also has with an area of co-working called NowCoWork at Lisbon, which allows professionals to use the tables and working areas at their will. It’s also possible to work at the lounge, bar or cafeteria.

In the large Italian cities such as Rome or Milan, there is always a good chance to find a nice cafeteria to work from or co-working areas such as Famo Cose or Arco. In smaller cities this is quite unusual, though. This is the conclusion of Tatiana Bertucci, a freelancer from Workana, working on content creation.

“It’s rare to find someone working with their laptops in a plaza or a cafeteria, because in smaller cities people usually use public areas for leisure”, she explains. However, it was easy for her to work in Italian land: “You can even work in hostels; and I’ve already seen co-working areas in metro stations!”.

US estate of California is another ideal place for those who are willing to live a nomad life and keep independent work at the same time.

The city of Los Angeles, for instance, offers many cultural and entertaining opportunities; besides a large amount of outdoor connectivity areas.

A good example of this is the Griffith Observatory, with free Wi-Fi connection and offering an impressive sight of the city.

It is also possible to have a great connection at Pershing Square public park, using high speed internet.

In “The Year of Living Danishly” (LeYa, 2016), journalist Helen Russel tells her experience as a freelancer in “the world’s happiest country ” and how her first year in search for the secret to that happiness has been.

Among the many things she has discovered, there’s the fact that Danish culture prioritizes enjoyment and wellbeing. Danes -famous for the Lego toys- like their jobs, but they don’t see work as a life priority but as a complement.

It’s usual for them to have flex time even in corporate work, leaving earlier to make the most of their day with their families, with no negative impact on their performance.

As freelancers, we know that life and work balance is something to be taken seriously. After all, we bet on remote work as a way of having a better life quality. So, a country whose culture follows that same train of thought is a great choice for freelancers.

Some areas in Copenhagen capital city: Dyreheaven Cafe, with Wi-Fi connection and a delicious menu; RiccosKaffebar, with room for business meetings and work; and the DemocraticCoffee, right in the heart of Copenhagen Central Library.

When moving to Helsinki, art director and music producer Bruno Leo Ribeiro worked during five years at the same agency. However, after that period, he spent the next six months working as a freelancer in the frozen Finish capital.

Despite noticing that remote work culture there is not very strong, there are many cafeterias and libraries with good Internet connection (just as Pasila Library), where you can work from if you want to breath in new air as you produce. There are some free open co-working areas too, and also paid facilities, as in the case of UMA.

The producer comments that “Helsinki is extremely welcoming for someone who is willing to work as a freelancer”. The only challenge to work with local people can be the language, as “many clients here prefer to work with native speakers.”

However, for those freelancers who work through platforms such as Workana, that is not a problem –for your client might be located just anywhere in the world!

It’s clear that the city of light could not be left out of our list. Just like Hemingway would sit at a small table at Café de Flore to write some occasional interview or war report, besides drafting some romantic novels, there are many professionals who pick the French capital for remote work.

Among the main work-friendly cafeterias you can find Anticafé, Lomi Cafe, La Gaîté Lyriquey and Café Craft (whose state-of-the-art design is great to use your laptop!).

Classified as a “Mecca to remote workers” by SkillCrush, Hongkong is a large ultramodern cutting-edge city. While it offers lots of friendly areas for freelancers, the Chinese city has got several natural and astoundingly beautiful options, besides the exotic gastronomic delights.

At Victoria Peak it is possible to enjoy from an amazing view of 1,818 meters above sea level and the best Wi-Fi connection.

Actually, Internet connection is everywhere in Hong Kong: there are about 15,000 hotspots in parks, plazas, libraries and public buildings!

Apart from having quite an affordable cost of living, Buenos Aires capital city is one of the ideal places for freelancers. There are many co-working facilities with rooms for business meetings (WeWork, for example!), Offices and lounges. Besides, there are lots of cafeterias such as LAB, in Palermo district.

Let alone that Buenos Aires is culturally rich in workshops, bookstores, libraries (there you can find the gorgeous El Ateneo) and much network. So, it’s not just a wonderful work to work at but also it’s amazing to develop yourself as a person and as a pro.

Buenos Aires is the mother country of Workana, responsible for putting together talents from Latin America and the rest of the world on the same platform, where client and freelancer can connect.

What about you? Do you have any special suggestion of a perfect corner in the world of freelancers? Leave your comment and share your experiences with everyone across the world!

And don’t forget to join us: If you haven’t registered with Workana yet, click here and start now. There are countless of projects posted daily looking for your skills!

Personal marketing and freelancing (part I): This is how you get your first clients in Workana 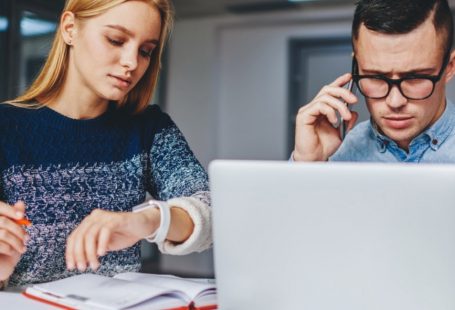 How to manage more projects without missing any deadlines 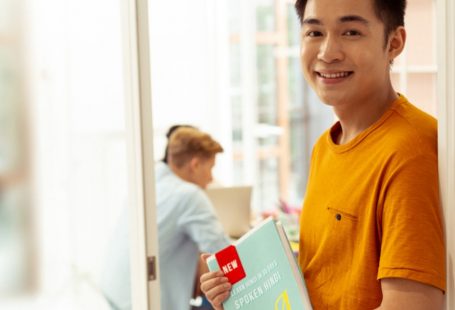 See how mastering several languages ​​opened doors in the crowded job market for this freelancer!